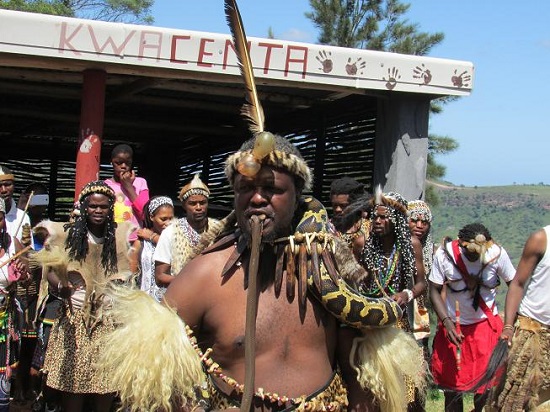 Khekhekhe, a great South African sangoma, a legend in his time and descendant of the great Zulu leader Dingiswayo, the mentor of King Shaka, passed away in 2014. Being a family man with 14 wives and over 100 children, Khekhekhe had many people trained to take over from him.

So on the 23rd February each year his family still holds the annual first fruits ceremony which was done by earlier Zulu Kings. A feast is held and several of Khekheke’s adult children perform this ceremony at his homestead overlooking the Tugela River. Many sangomas are invited to attend. 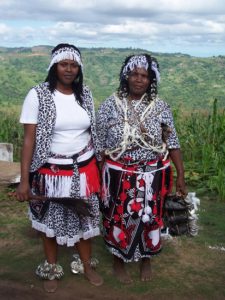 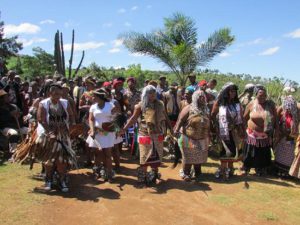 The family has messages to impart and history to tell about Dingiswayo and how their father acquired his power of snakes as a young man. The ceremony involves many sangomas whom the main protagonist leads, holding a few venomous snakes in his bare hands. He later puts their heads in his mouth, thereby demonstrating his power over evil.

Much dancing and singing takes place with the younger generation joining in with more modern songs and dance. This is one of the very rare traditional ceremonies that still takes place.

The late healer, who was born Zizwezonke Mtethwa, also built a local transport and bus empire, and launched a “real Africa” tourism initiative to bring foreigners to rural Zululand to understand African spirituality. 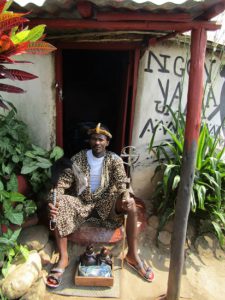 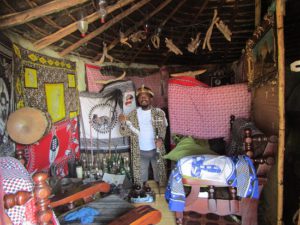 Fika in his consulting room

“My Zulu ancestors come to me in dreams and tell me where the snakes will be waiting for me. They are always different snakes and co-operate when I used them in the ceremonies. I’ve been bitten so many times I cannot count but my body is strong and the poison no longer affects me”, said Khekhekhe before he died.

“The snakes, in fact, makes me stronger, and our Okweshwama (harvest) ceremonies more powerful.” 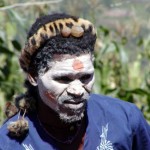 Khekhekhe’s fame has attracted scores of hopeful sangomas, who live in the patriarch’s kraal for years and learn his secrets. Most of his 14 wives came to Ngudwini as student sangomas and inyangas but fell under Khekhekhe’s spell and married him.

Known for bravery, Khekhekhe has flown in the face of tradition and opened ceremonies to the public that customarily remain secret -even to local villagers.

The ceremonies have become so popular that poor rural villagers travel almost 100 km to witness them, while small groups of up to 10 foreigners have also begun attending. 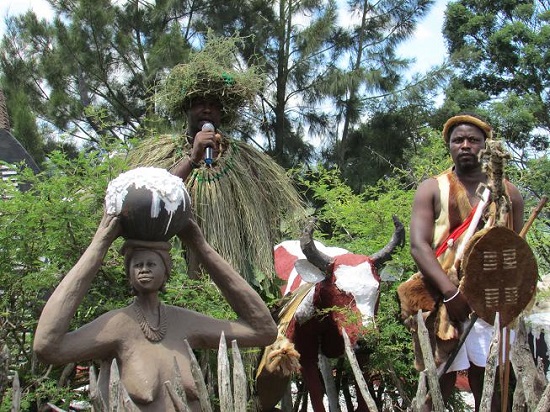 “I don’t want our beliefs to die. I am now 84 years old and not many people still know all the old secrets. The world must learn to understand our beliefs and maybe then they’ll respect them. I therefor see no problem allowing ordinary Zulus or visitors to participate – as long as it doesn’t become an entertainment act or circus just for tourists,” said Khekhekhe.
Undiluted venom from one of Africa’s deadliest snakes, the Green mamba, was the secret behind the longevity and virility of KwaZulu-Natal’s most powerful sangoma.  Khekhekhe would publicly suck the poison straight from live snakes at sacred OKWESHWAMA ceremonies at his Ngudwini home near Eshowe. 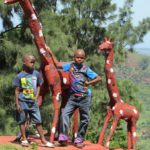 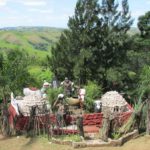 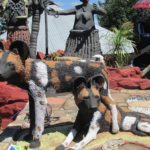 This bizarre ritual, which experts insist should have killed Khekhekhe on the spot, established the charismatic healer as one of northern KZN’s most influential sangomas. Communication with one’s Zulu ancestors is of great importance in Zulu culture. 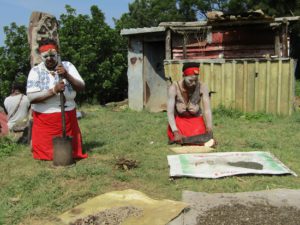 You can experience this ceremony first hand! The tour leaves from Sugar Hill Manor and Zululand Backpackers on the 23rd February every year. If you would like to experience this unique part of the Zulu culture, please contact us at info@eshowe.com. 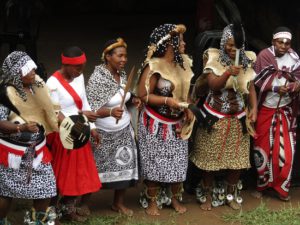