KING SHAKA’S MEMORIAL:  For a man whose kingdom stretched from the Mozambique border in the north to the South Coast of present-day KwaZulu-Natal, it may seem strange to modern eyes that King Shaka’s memorial (and his grave) should be in the predominantly Indian town of Stanger (KwaDukuza) some 100 kilometers south of Eshowe, but this was the site of King Shaka’s capital and it was where he was murdered by his half-brothers Dingane and Umthlangana in 1828.

The stone on which Shaka was alleged to have been sitting when he was killed forms part of the memorial, which is a South African Heritage site. 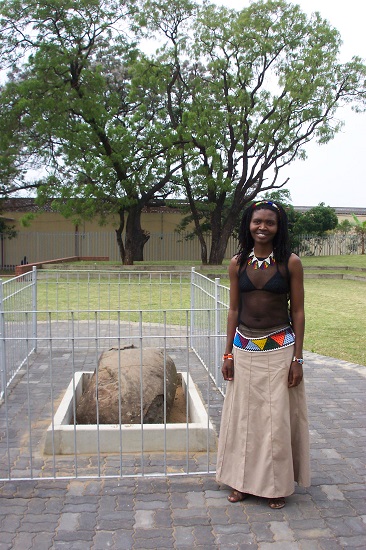 The bathing stone where King Shaka was killed