WELCOME to Eshowe.com – the site that brings you all information on things to do in and around Eshowe, Zululand.

Eshowe, a town set on a hill, is situated around a 250 hectare indigenous coastal scarp forest. Eshowe offers visitors a variety of unusual attractions, the most striking being the Dlinza Forest itself, with hiking trails and picnic spots and the magnificent Dlinza Forest Aerial Boardwalk. 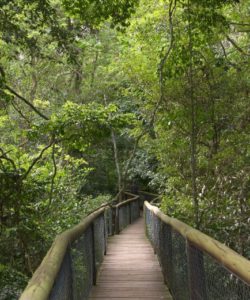 The Boardwalk, the first of its kind in Southern Africa and exclusive to Eshowe, is a 150 metre walkway built above the forest floor, which allows visitors to view the flora, fauna and avifauna at a comfortable level. It ends with a 20 metre high tower, offering dramatic views of both the forest canopy and surrounding countryside. The Boardwalk employs a number of trained birding guides who are available to show visitors some of the delights of the forest.

Here one can spot the shy Narina Trogon or see Long-Crested Eagles, as well as the rare Spotted Thrush and many other forest dwellers. The Ironwoods, Wild Plums and other forest giants give shelter to orchids, clivias, bushbuck, duiker, narina trogons, Delegorgue’s pigeon and wood owls.  One hundred and eighty different wildflower species blossom in the grasslands, and Eshowe is one of very few towns in the country which has trees in flower every day of the year! 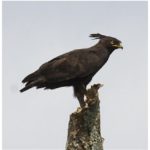 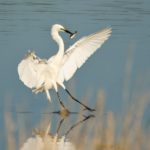 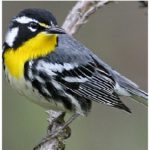 Eshowe offers a window on history as it is the oldest town in Zululand. King Cetshwayo was born and died here and it was King Mpande who first invited the Norwegian missionary, Reverend Ommund Oftebro, to set up his mission station here in 1861, thereby forever changing the face of Eshowe.

With a rich history, Eshowe has been home to FOUR Zulu Kings: Shaka, Mpande, Cetshwayo, and Dinuzulu. 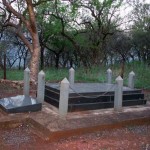 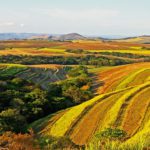 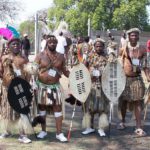 Eshowe was the British Military headquarters after the Anglo-Zulu War of 1879. During this war, a force of troops under Colonel Pearson was besieged by the Zulu forces for 10 weeks in the immediate area of the KwaMondi Mission Station around which they built the earthworks of Fort Eshowe, still to be seen today. Shortly thereafter, Eshowe was officially selected by the British as the post-war Capital of Zululand. 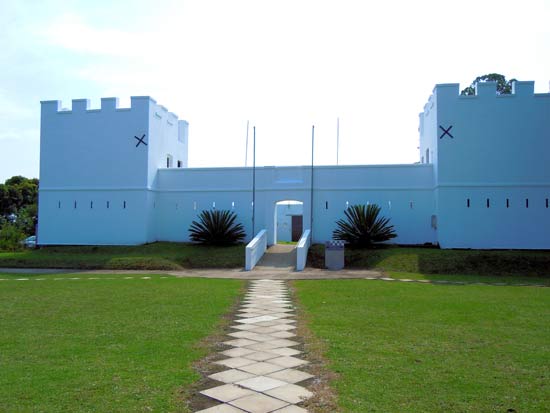 The fascinating cross-cultural history of the area is told at the Zululand Historical Museum, which is housed at Fort Nongqayi, the striking white mudbrick and three-turreted fort established in 1883 as the base for the most unusual peace-keeping Zulu force, called Nongqayi. Amongst its many displays, the Museum offers a rare look at John Dunn, South Africa’s only official white Zulu iNkosi and husband to 48 Zulu wives! Another unique attraction at the Museum Village is the Vukani Museum, housing the world’s largest collection of traditional Zulu Arts and Crafts. The Mission Museum Chapel, also on site, has Norwegian history. 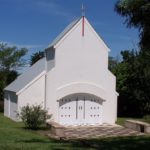 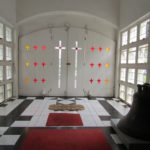 A LITTLE AFRICAN GEM FAR FROM THE PREDICTABILITY OF THE EAST COAST OF BAFANA! THIS WAS A WONDERFUL EXPERIENCE AND ONE WHICH MAKES YOU REGRET NOT SPENDING MORE TIME HERE.WALTER HAS PROVIDED A UNIQUE INSIGHT IN ZULU LIFE AND GAVE US A TIME WARP FAR FROM THE COMMERCIAL TOURISM THAT HAS HIT S.A. FORGET THE GARDEN ROUTE –  OVER – RATED AND OVER EXAGGERATED– THIS IS THE PLACE TO DISCOVER AFRICA!