His great interest in meditation and Happiness has seen him spending time in Ashrams in India as well as various Buddhist meditation retreats. His greatest challenge was doing the world renowned 10 day Vipassana meditation course. 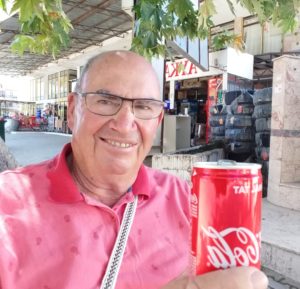 Meditation, cycling, walking and gym are daily commitments as well as continuing his international travels. He also spends time in Thailand on his wife’s rice farm. He is running Sugar Hill Manor Guesthouse as well as Zululand Eco-Adventures. He is President of Eshowe Rotary Club whose prime project the ECAG classroom project has built over 3000 rural classrooms over 40 years.

He is now back to his home town and to his former hobby, demonstrating Zulu life as it is out there today as well as explaining Zulu history to interested visitors.

“We don’t do shows,” says Graham, “You will meet and interact with Zulu people as they are today: real people in real situations.”

These are very personal experiences in Zululand, in which Graham is ably assisted by fellow guide Gugu Mhlongo, with whose family he has had a very long association. 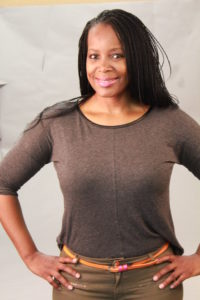 Gugu Mhlongo has joined Zululand Eco-Adventures as a Tourist guide. As well as being very well informed on all things “Zulu” her life is rooted in rural Zululand as especially the Eshowe area. She has other great experiences to round off her great attibutes.

She  is an ICF Accredited Consciousness Life Coach. She is known to her family, community and peers as a messenger of CHANGE. Growing up she was a model, she did speech and drama then  studied Library Science, However, she discovered that that these were not aligned to her goals. She then joined and worked her way up into the Corporate World, specialising in Customer Services. This is where she found her curiosity for expression in television production; She was the first black female who became the Sports producer at Supersport TV channel. She also pursued her curiosity through acting and television presenting, she drove The Proudly South African Campaign on the media.

She also worked as a Facilitator for transformational workshops, workshops for people with disabilities throughout S.A.

At some point in Gugu’s life, through questioning and curiosity about her connection to Nandi Mhlongo – King Shaka Zulu’s mother, she stopped everything and went on a humbling Sangoma initiation process (Ukuthwasa) and the Vision Quest retreat on the wilderness in Cape Town where she spent a few days in solitude to deepen her personal spiritual transformation. This eventually led Gugu to study Consciousness Coaching through CCI, the internationally acclaimed training academy and qualified as a Consciousness Life Coach in 2011.

She has over 11 years coaching experience varying across coaching, individuals including leaders, groups/teams and prison rehabilitation programmes. Her belief is “I stand for your greatness and support you to live a life you were born to live!” She is also the Managing Director and Mentor for Changing Nations, a non profit organisation that was founded by the youth that she mentored and coached in Eshowe.

The most friendliest, knowledgeable and informative Tourist’s Guide you will ever meet who is interested in the history and Culture of Zululand. 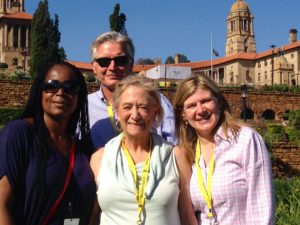 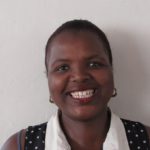 You can book Mana to accompany you on full day (07h00-17h00) or half-day (07h00-13h00) tours, and lunch packs can be booked.  Two and three-day tours are also available,during the week or on weekends or public holidays and there are special rates for pensioners.