The Zululand Brewing Company is known as the smallest brewery on the KZN Brew Route. It is known for its flagship beer – the famous Zulu Blonde. 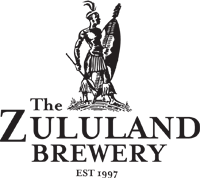 The Zululand Brewery is situated at The George Hotel in Eshowe, with beers available on tap at The Pablo Esco Bar.

We only use natural ingredients, mostly from South Africa – a perfect recipe of barley, wheat and hops that create the right taste and aroma for our hand crafted beers. Our brewery is capable of producing a maximum of 3000 litres a month in batches of 300 litres. Because our brew house is so small we brew up to four times in a day just to fill two 150 litre fermentation tanks! 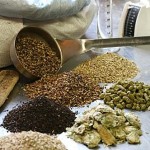 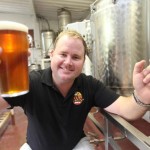 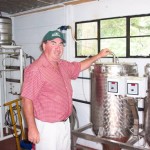 Coming from Eshowe, which is rich in Zulu history and culture, our beers have a bit of a story behind their names… 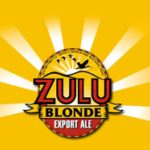 Zulu Blonde launched internationally in April 2010 where brewmaster Richards Chennells brewed Zulu Blonde Export Ale at Marstons Brewery in Burton-upon-Trent in the UK to supply 800 pubs for the JDWetherspoons International REAL ALE FESTIVAL. Out of 50 different ales Zulu Blonde was voted number 1 and sold out in the first week of the three-week festival. Because of its success, Richard was invited back to the UK to brew another 120 000 pints at Everards Brewery in Leicester, and Zulu Blonde went back into Wetherspoons’ 800 pubs in time for the Fifa 2010 World Cup Kick off.

Zulu Blonde now has contract brewing operations in South Africa (Nottingham Road Brewery) and the UK (Everards) and will shortly have operations in the Czech Republic and Belgium.

For more information on the world-famous Zulu Blonde, visit www.zulublonde.com 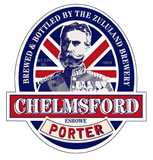 Born in 1827, Frederic Augustus Thesinger embarked on a military career at 17 and, steadily rising up the ranks, was raised to the peerage as the first Baron Chelmsford, and reached major general in 1877. He was a man known for his reliability; a capable officer with respect for his men. However, his ability to exercise diplomacy and tact was the only area in which he was regarded as below average. When called upon to quell an annoying native war on a remote African frontier, General Chelmsford undertook the unenviable task in his usual unquestioning manner.

Heading an army 18 000 strong, he marched into Zululand – where he promptly lost the battle of Isandhlwana. However, his army took heart from the successful defence of Rorke’s Drift and recovered to storm the royal kraal at Ulundi and crush the Zulu Empire.

Jantoni was the name given by the Zulus to the legendary John Dunn. Born to successful Scottish immigrants, he grew up in comfort until his father was killed by an elephant. The family was forced to sell their holdings and John started making a living as a hunter, quickly earning a reputation as an expert marksman. His flawless command of the Zulu language and appreciation of their culture won him favour with Prince Cetshwayo, who gave him land, cattle and wives when he (Cetshwayo) eventually became king. The British also recognised his talents, making him a border official between Zululand and the Natal colony. Dunn was there when the colony declared war and, after the invasion, he received a large piece of the spoils of war, becoming known as the Great White Chief of Zululand. A hunter, trader, explorer, soldier, statesman and father of over 150 children, this was truly a busy man.

On the 11th December 1878, under the shade of the Ultimatum Tree, Sir Bartle Frere delivered an insult the Zulu nation could not ignore. Within 30 days the Zulu king was to comply with excessive demands. Failure to do so would be met with invasion. The king probably heard little more than a garbled version of the events from his messengers. Not that it mattered, Frere knew that his demands were unacceptable. His war mongering was about to bear fruit. On the 6th January 1879, British forces moved into Zululand – four days before the stipulated period of grace expired! Armed with breech-loading rifles, cannons and even a Gatling gun, 18 000 soldiers marched on Ulundi. They were cornering a lion in its own den and this, on 22nd January at Isandhlwana, proved a mistake.

Shaka was a tactical genius and his Bullhorn “Pondo” Formation is a perfect example of his military prowess.

Facing the enemy, he would order his troops to stand close together with their shields at their sides. Front and centre would be the best soldiers, with the older, experienced fighters at the back and the younger ones on either side. At his command they would spread out slightly and show their shields, giving the impression that the army had doubled in size. He then deployed his young soldiers, who would take a wide berth around the enemy, and the rest would charge before the foe could release their throwing spears. This spread confusion and terror and, when the enemy tried to flee, they would find themselves surrounded by the youths that had outflanked them.

1 thought on “The Zululand Brewery”