The modern reception centre built on the site of King Shaka’s home has been sensitively designed to merge with the recreated huts and the traditional cattle kraal, but these few buildings give the visitor no idea at all of the magnitude of kwBulawayo in its heyday.  The Zulu capital, which included the royal residence, was in the 1830s one of the biggest conurbations in Africa, containing almost 1 500 huts and a large central parade ground enclosed in a stockade with a perimeter of several kilometres, overlooking the beautiful Mhlatuze Valley. 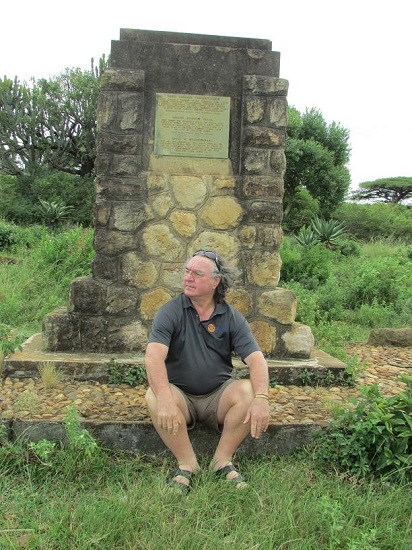 ABOVE – A tourist resting by the plaque marking the site of kwaBulawayo (“the place of slaughter”). BELOW – The wording on the plaque 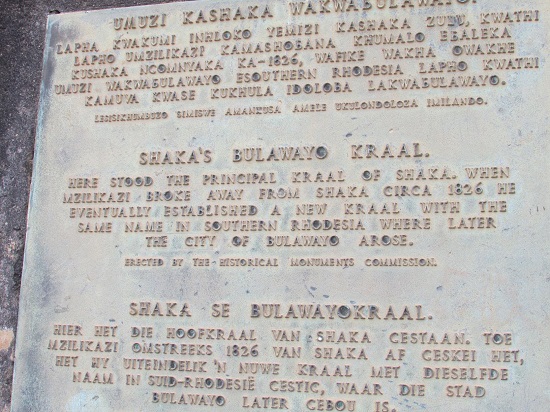